SEO for Amazon & the Future of Non-Traditional Search

In this article, Kieffer highlights how Amazon is rising as the go-to search engine for product searches and how it is gaining on Google in search. 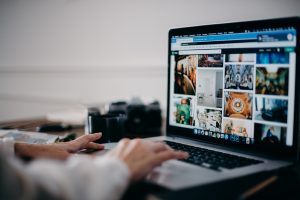 He says, “Will Amazon replace Google as the go-to search engine? Not yet. But the e-tailing giant has seen a dramatic rise in search volume in recent years. In 2015, Google accounted for 54 percent of product-focused searches, compared with 46 percent on Amazon. By 2018, customer behavior evolved and Amazon became the leading search engine for product searches, accounting for more than 55 percent – with Google as the runner up.

Amazon Continues to Gain on Google in Search

Google’s algorithm updates keep retailers and marketers on their toes. The search giant’s secret sauce almost passes the Turing test in its ability to discern high-quality content. Amazon also has a search algorithm named A9, and while it doesn’t have the same apparent omniscience as Google’s, it is remarkably good at what it does: determining a customer’s search intent and returning the best products for them”.

SEO for Amazon & the Future of Non-Traditional Search