Everything You Need to Know About ‘Google Penalty’

Google continues to update its algorithms for the past few years. These algorithm updates are aimed at giving users the best possible answers to their search queries and provide good user experience (UX). 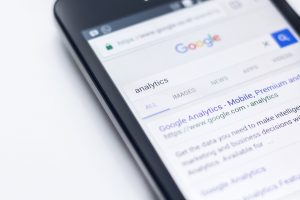 Rank Ranger contributor Liraz Postan has shared an article on Google Penalty and how to recover if you have received a penalty.

Postan says, “If you know anything about Google as a search engine, you know that it’s anything but static. Over the years, Google has consistently made changes to its platform to give users the best experience. This is the reason that it stands among the top search engines in the world.

This incredible performance is a direct result of the updates that Google has made to its search algorithms. These updates are meant to provide a user experience like no other, and it’s hard to argue with the fact that the search engine has achieved that.

Google has made so many improvements and to ensure that it’s evolving ecosystem remains of the highest quality the search engine will issue “penalties” to those who don’t follow the rules”.

What is Google Penalty and How to Recover

Your Guide to Removing a Google penalty

Google penalties are strikes against individual websites that demote certain ranking factors in Google’s search algorithm. Vertical Leap SEO specialist Marie Turner has published a comprehensive article explaining how to remove a Google Penalty. She says, “To remove a Google penalty from your website, you have to fix the issues flagged up and then show […]

Google issues penalties to websites it finds in violation of its Webmaster Guidelines. For avoiding penalties and to continuously get organic traffic from Google Search, you should cope with the Google Search Console guidelines. Searchmetrics contributor Jordan Koene has published a new podcast episode on ‘Dealing with a Google Manual Penalty’. Listen to the podcast […]

Erin Everhart says, “Gary Illyes, Webmaster Trends Analyst at Google, confirmed on Twitter that we’ll be graced with the next Penguin update before the end of 2015. This means that all of those webmasters who were hit by the last Penguin update (in December 2014, mind you) now have the chance of recovery, since historically, this […]

‘How can you tell if you have a Google penalty?’ – ‘Econsultancy’ Blog

Graham Charlton says, “How can businesses find out that they have been penalised by Google?  I’ve been asking a number of search experts for the tell-tale signs to look out for… Types of Google penalties First up, I think it’s important to distinguish between manual penalties, for which sites will recieve notification via Webmaster Tools, and […]