The “Death” of Ranking Factors [Podcast]

Listen to this podcast and learn about the new version of SEO analytics. 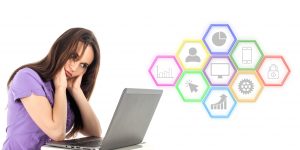 Stockton says, “The SEO community has long held ranking factors in high regard, although some in the community argue ranking factors are decreasing in importance. Join host Ben as he concludes his conversation with Brianna Anderson of BEAST Analytics as they discuss the impending “Death,” of ranking factors.